Grain Only, Grain plus limited grazing 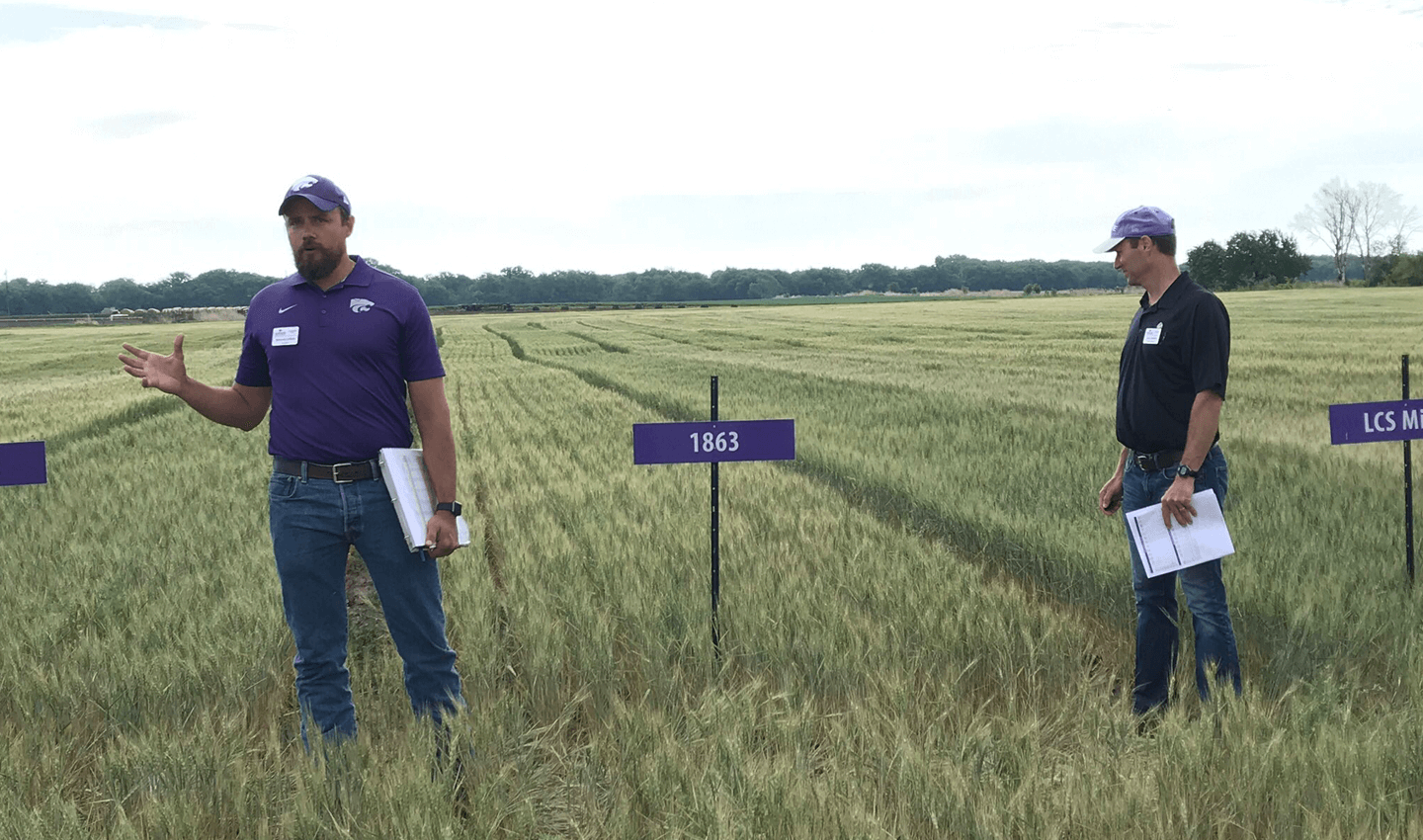 This K-State variety, marketed by Kansas Wheat Alliance is best adapted to north-central and somewhat northwest Kansas because of its medium maturity.  It has also done well in south-central Kansas with its very good acid soil tolerance.  1863 has better stripe rust resistance and milling and baking quality than Everest but is moderately susceptible to leaf rust.

The yield record of 1863 in variety trials has been inconsistent, topping some while showing under average in others.  Field reports have been a little better than yield tests, even in south-central Kansas and is most likely due to its stripe rust resistance and being a little later maturity to take advantage of the late rains the past couple of years.

It’s straw strength is below average, which can be a problem some years in high yield environments.

Unauthorized Propagation Prohibited – to Be Sold by Variety name Only As a Class of Certified Seed – U.S. Protected Variety – 1994 PVPA.