Kansas State University wheat breeder Allan Fritz has a lifetime of intuition and experience in developing new wheat varieties. But, thanks to research funded by Kansas wheat farmers through the Kansas Wheat Commission and Kansas Wheat Alliance, he has new technological tools to help his team work smarter and faster.

“New technologies in plant breeding have created opportunities for increased efficiency and genetic gain,” wrote Fritz in a research proposal. “Those technologies are now becoming available in wheat and are critical to improving the competitiveness of wheat versus other crops as well as for maintaining strength in the public wheat breeding programs.”

By integrating these advanced technologies – including marker-assisted selection, doubled haploids, high throughput phenotyping and a genomic selection model – into its existing growth chambers, test plots and nurseries, the Kansas State University wheat breeding program is “speeding up the breeding cycle,” according to Fritz. And that saves everyone time and money.

“Wheat has not had these same tools, so this is new territory for us,” Fritz said. “It is a really exciting time and we can do some really cool things that are highly practical and help us be more efficient.”

The wheat genome has five times more genetic material than the human genome – 17 billion base pairs. But, wheat researchers now can use marker-assisted selection to pinpoint exactly where in that genetic smorgasbord the exact genes for a trait like stripe rust resistance or heat tolerance are located.

According to the International Service for the Acquisition of Agri-Biotech Applications (ISAAA), marker assisted selection involves using genetic markers, or segments of DNA, to identify the location of a specific gene. If researchers find the marker in a genetic sample, they know that the gene is present, long before it would have been expressed when planted in a test plot.

“Marker assisted selection is using DNA markers to follow genes of interest without having to screen for the given trait.”

The more wheat crosses the wheat breeding team can analyze, the better to find that one genetic mash-up that could be the next great wheat variety. Doubled haploids enable the team to produce more crosses faster. According to the Heartland Plant Innovations website, doubled haploids are “genetically pure plant lines that offer a quick route to new gene combinations for higher yield, improved quality, disease resistance, or other crop improvements.”

To illustrate, conventional breeding may take 11 to 12 years to develop a new wheat variety. However, as Fritz explained, with the use of doubled haploids and genomic selection, that process can be cut down to six or seven years.

Once those lines do reach the test plot, high throughput phenotyping allows researchers to identify which experimental lines not only contain just the right genes, but also express them.

High throughput phenotyping “is the rapid collection of data that is relevant to plant performance.” That includes everything from plant height to reflected infrared light to disease susceptibility. Each piece of data provides a glimpse into the potential of that line.”

All this infusion of data on genetic potential and expressed characteristics feeds into the K-State genomic selection model. The genomic selection model helps wheat breeder predict the performance of the best potential crosses. The continuously evolving model utilizes several hundred lines that have already been genotyped and evaluated on a yield and baking quality to predict the potential yield and end-use quality for experimental lines or potential crosses. This statistical model is also able to predict yield and other relevant traits in differing climatic conditions from year to year or from one area of the state to another.

“Genomic selection is an ongoing, rather than one-time effort. Each year, new lines are added and field data is collected. This information is used to continually tweak the models with the goal of continually enhancing performance.”

Using the combination of these technologies, Fritz explained in the research proposal, “We should eventually be able to discard poor and intermediate performing lines without yield testing, thus allowing the yield testing efforts to focus on genetically superior lines.”

And the model works well. Fritz reported in the research proposal that “genomic selection and conventional selection finished in a virtual dead heat in our trial designed to compare the methodologies head-to-head.”

Tossing out the genetically inferior lines in this early stage allows the K-State wheat breeding program to increase the number of lines evaluated without adding more test plots to harvest. For example, Fritz explained he starts every year with 3,500 to 6,000 new lines that have to be whittled down to one eventual K-State wheat variety. Fritz said he could increase that number to 20,000 and use a combination of genomic selection and high throughput phenotyping to harvest just 500 to 600.

Fritz said the first breeding target to benefit from this effort will be end use quality, as it is less influenced by environmental factors. This also saves time and money as poor quality lines would not go through expensive yield testing and quality lab tests at the Kansas Wheat Quality Lab, freeing researchers like Dr. Rebecca Miller to focus on testing more existing varieties and advanced lines.

The way the K-State wheat breeding team incorporates this burgeoning technology into their program is unique. As researchers are building the genomic selection model, for example, Fritz is already testing it in the main breeding population. At other institutions, the field testing for these research tools would be limited to a training population and only moved to the real world breeding after years of testing and tweaking.

Fritz thanked the great team of K-State and USDA wheat researchers for their innovative approach to these technologies. And Fritz said that none of this work would be possible without the great relationships and support between K-State, Heartland Plant Innovations, Kansas Wheat Commission, Kansas Wheat Alliance and private industry partners.

But, Fritz pointed out the most important supporters of K-State’s wheat research are also the biggest benefactors – Kansas wheat farmers. And he encouraged anyone with questions or suggestions to contact him.

“We need to hear from producers if we are doing what we need to be doing,” he said. “We are here to benefit the wheat industry and producers are the biggest part of that at the end of the day.” 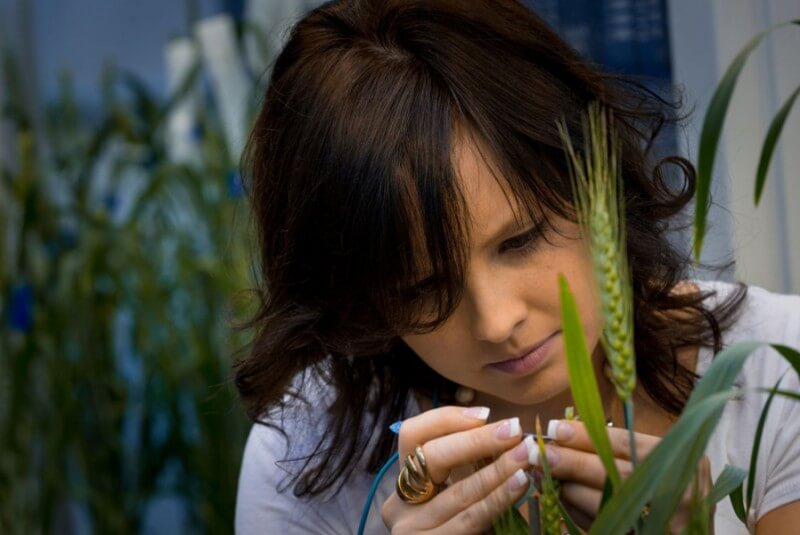 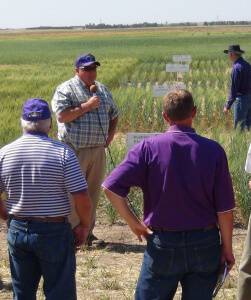 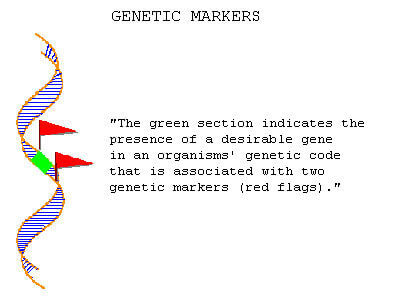 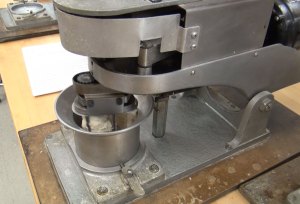 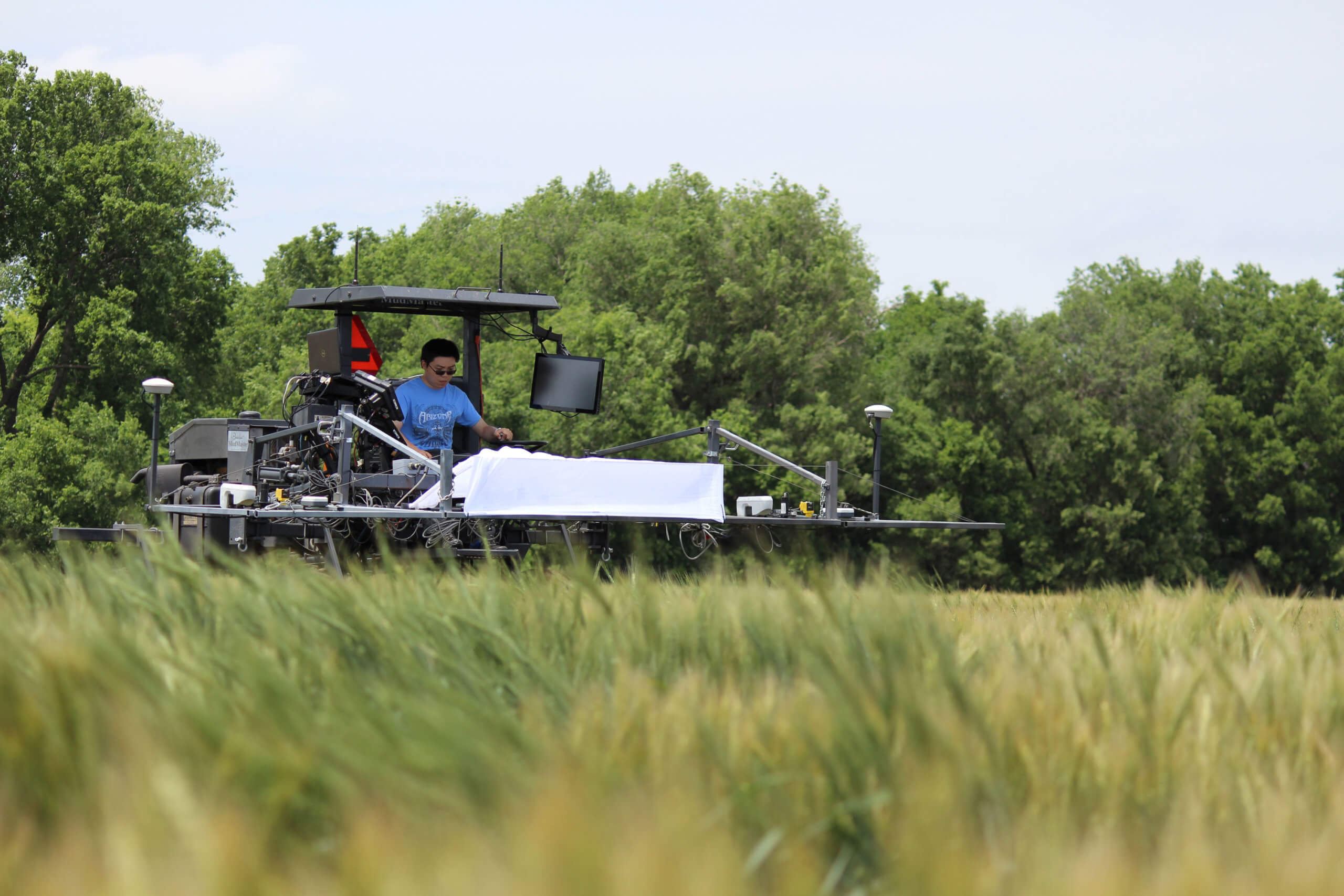 Facebook0Tweet0
From DNA to the field, model arms breeders with evaluation tool Genomic Selection What if there was a Netflix for wheat breeders? But, instead of suggesting… Read More Researchers go wild for Ancient Genetic Gain Kansas State University researchers are on the hunt for wild and novel genes from wheat’s… Read More