Kansas State University researchers are on the hunt for wild and novel genes from wheat’s ancestors, funded by the Kansas Wheat Alliance. Introducing the genes they find back into modern day wheat varieties will help Kansas farmers compensate for environmental factors and produce higher yielding and even higher quality crops, according to K-State wheat breeder Allan Fritz.

“Genetic diversity is the foundation of all genetic improvement and the introduction of new genetics is critical to sustained success,” Fritz wrote in his research proposal. “What we already have in wheat is good, but there are a lot of genes out there that could have tremendous value, and we want to explore those.”

To understand why wheat has such a treasure trove of genetic possibilities, one must understand how wheat itself evolved.

“Wheat originated nearly 10,000 years ago in the ‘cradle of civilization,’ a geographical area that is now Iraq, eastern Syria, southwestern Iran and southeastern Turkey,” according to the Kansas Foundation for Agriculture in the Classroom’s Kansas Crops Educator’s Guide. “Wheat’s earliest ancestors – wild einkorn and emmer – were among the first plants cultivated by people.”

Both of these hybridizations created an extremely complex genome for wheat. The wheat genome is actually five times more complex than the human one. But, for researchers willing to pick and sort through all that genetic material, the boons are seemingly infinite.

“This work will allow us to develop a broad germplasm base for the K-State breeding program well into the future while allowing us to explore unique germplasm for critical traits including biomass, yield, disease and insect resistance, heat and drought tolerance and quality traits, “Fritz wrote in the research proposal.

But, how does a researcher even locate a sample of wheat’s ancient relatives, let alone track down the novel alleles, or specific parts of a gene located at a specific position on a specific chromosome, that will result in such a huge benefit? The collaboration at the Kansas Wheat Innovation Center plays a critical role.
In addition to university researchers, the Kansas Wheat Innovation Center also hosts the Wheat Genetics Resource Center. This gene bank that houses more than 2,500 wheat species accessions, each of which is a unique genetic combination like the millions of differences from one human child to another. Additionally, the Wheat Genetics Resource Center has more than two dozen scientists dedicated to turning those wild wheat relatives into usable genes.

The Wheat Genetics Resource Center can help Fritz identify the novel genes from wheat’s wild relatives, but the relationship with Heartland Plant Innovations is key to getting them into a form that Fritz can use in his breeding program. Heartland Plant Innovations – public/private collaboration between Kansas Wheat, Kansas State University, the University of Kansas and private investors – can use doubled haploids to speed up the process and make those genes more accessible to Fritz for crossing. Then, Fritz can cross the wild relative lines into existing wheat varieties as well as introduce them into experimental lines waiting to become the next great K-State wheat variety.

“This collaborative piece makes K-State unique. There are a lot of people who work on wheat here and we work together well,” Fritz said. “Equally important is our ability to work well with the Kansas Wheat Commission and Kansas Wheat Alliance.”

After all, Kansas farmers will be the ultimate beneficiary of researchers’ hard work with new varieties armed with ancient genes to minimize environmental damage, maximize yield and even enhance quality. 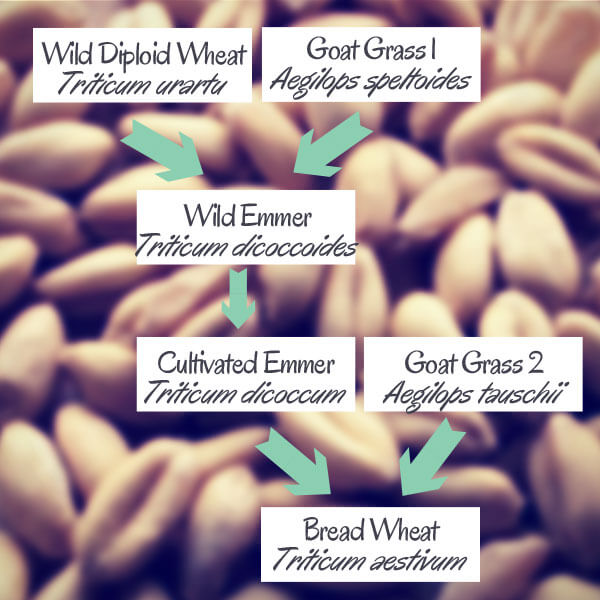 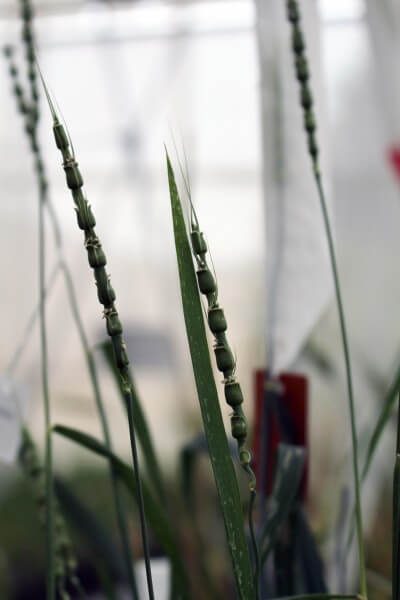