It’s invisible to the human eye, but measured in microseconds, and helping shape the future of Kansas wheat varieties. Sounds like science fiction, but research funded by the Kansas Wheat Alliance is using near-infrared light measurements to dramatically speed up the process of selecting higher yielding, more heat and drought tolerant wheat lines.

Daljit Singh, K-State doctoral student in plant pathology, is part of a research team led by Dr. Jesse Poland. Using a point-and-shoot camera connected to a small unmanned aerial system (sUAS), commonly referred to as a drone, Singh is demonstrating how to save both time and money in selecting which experimental lines to advance to the next potential wheat variety.

The key to Singh’s research is NDVI – normalized difference vegetative index. This algorithmically derived score from 0 to 1 indicates plant health and even yield potential. For example, according to the U.S. Geological Survey, bare rock will have a very low NDVI value whereas tropical forests will have a higher NDVI value.

For wheat, the greener the plant appears, the higher the potential yield. But green is not the only important color Singh measured.

While near-infrared light cannot be seen by human eyes, it is an important indicator of a plant’s reaction to heat stress. The less infrared light reflected by the plant, the more the plant is stressed.

Singh and his team capture both the greenness and this invisible measurement using an off-the-shelf, point-and-shoot camera, but one that has been modified to detect infrared light instead of red light. Using a mathematical formula, Singh and his team can turn these measurements into an NDVI index. Wheat breeders can then use this data to determine which experimental lines have the most heat tolerance, drought tolerance and yield potential.

If Time is Money, sUAS Saves Both

The data is invaluable, but so is the time savings from using a sUAS to take measurements. Singh explained a survey of the K-State variety trials takes just four to 10 minutes, compared to an entire day needed for a human worker to manually take the same measurements, plus the cost of wages.

According to the research proposal: “We could reduce field data collection time requirements from thousands of hours to dozens of hours. Traditional field measurements are measured in minutes per plot, spectra-radiometer readings can be acquired in seconds and airborne spectral readings per plot can be acquired in microseconds.”

The variety trials are measured a few times a week, depending on the weather. Singh explained that the sUAS will typically take 100 to 200 images for each field survey depending on flying speed and height. Singh explained that to make a quality NDVI, the images need a 70 to 80 percent overlap. With each image stitched together and every pixel Geo-referenced, the research team has a complete image of the variety trials and each line’s individual NDVI.

Building on Prior Trials

This is the second year of the sUAS research project, but the first where Singh is collecting large amounts of data. Wheat researchers collaborated with others in K-State’s mechanical engineering (Dr. Dale Schinstock and Kyle McGahee), plant pathology (Dr. Kevin Wang and Mark Lucas) and agronomy (Dr. Steve Welch and Nan An) departments in the first year to determine which vehicles, cameras and triggering systems would work best of the research project and made appropriate adjustments. Where the first vehicles were flown manually, the sUAS now follows a GPS coordinated flight path. And the first sUAS had commercial software, but the team switched to an open source system where they could adjust the programming – and make repairs – themselves.

“There was a log of trial and error in the first year, but things are coming together,” Singh said. “So far, it looks good.”

In the third year of the project, Singh hinted the team may fly the sUAS multiple times per day. Or, the team could obtain larger vehicles that could handle a heavier payload of more sophisticated cameras.

With the work of Singh and his team, the potential for sUAS technology to benefit wheat farmers through a quicker release of improved varieties seems a little less like science fiction every day. 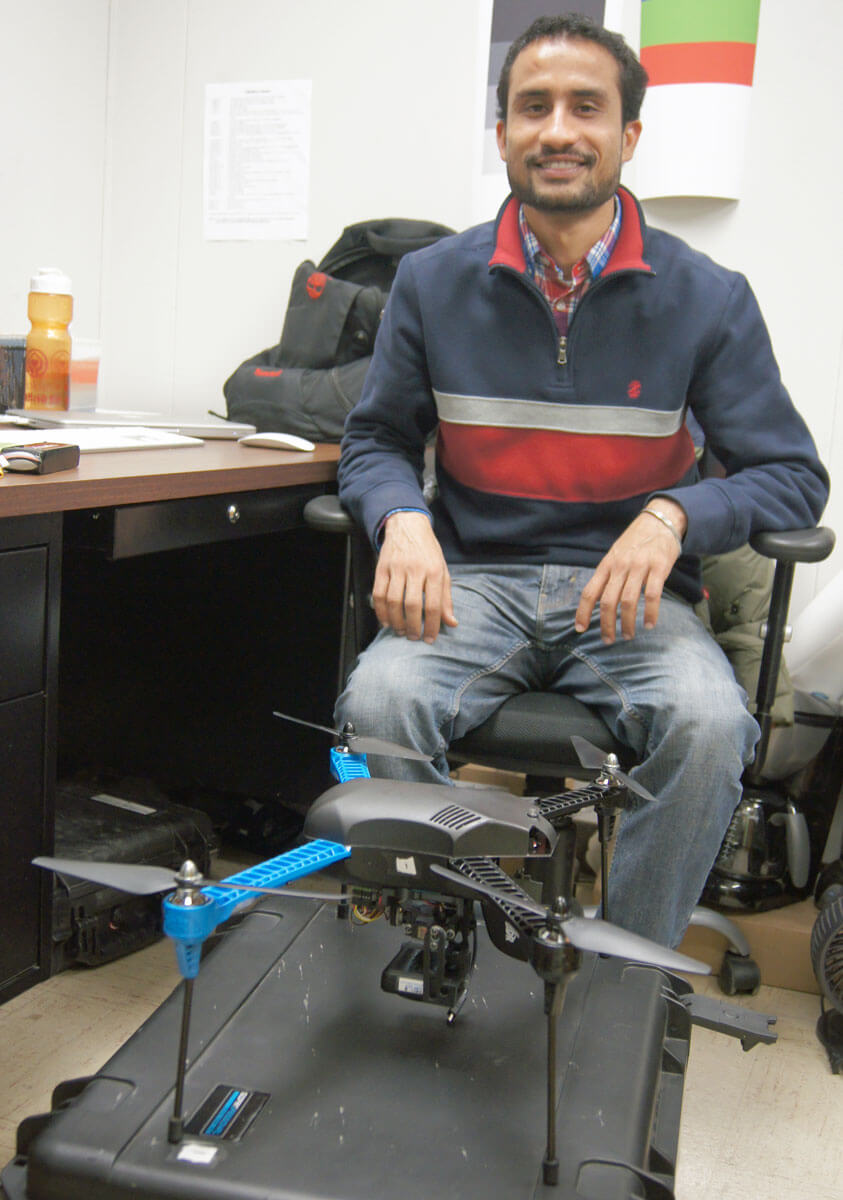 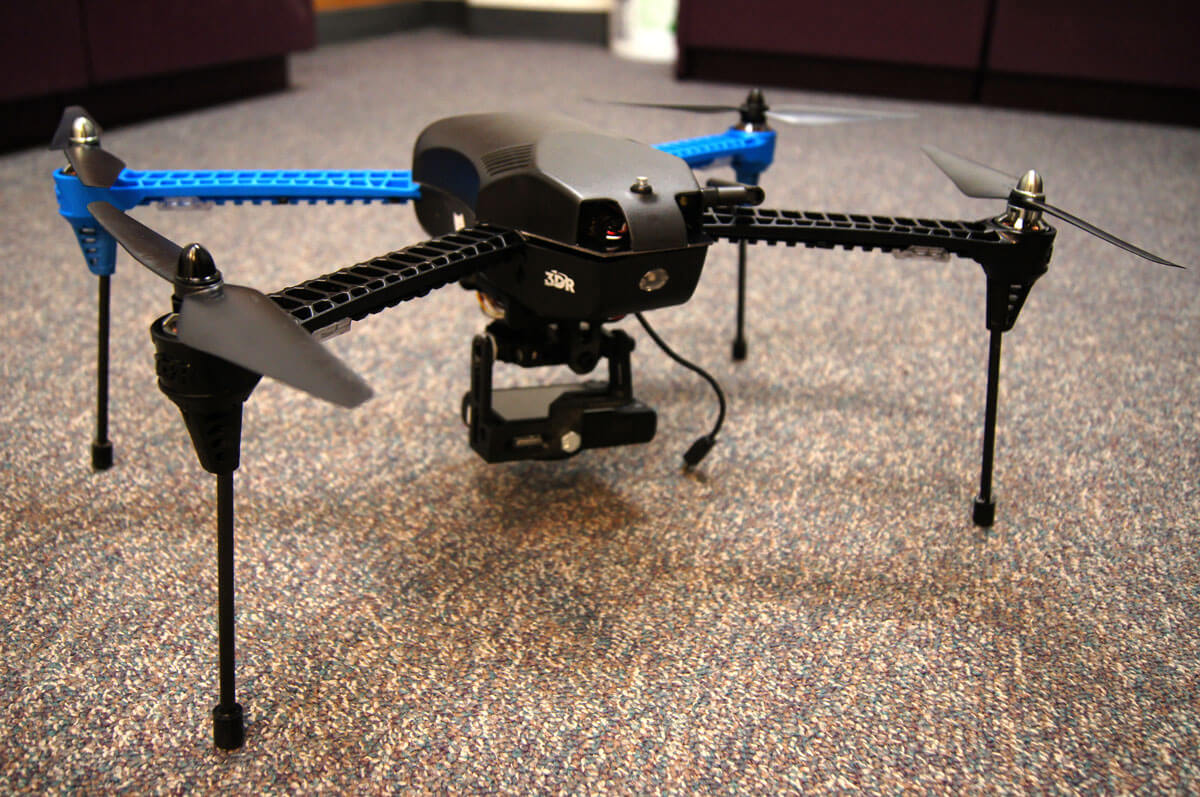 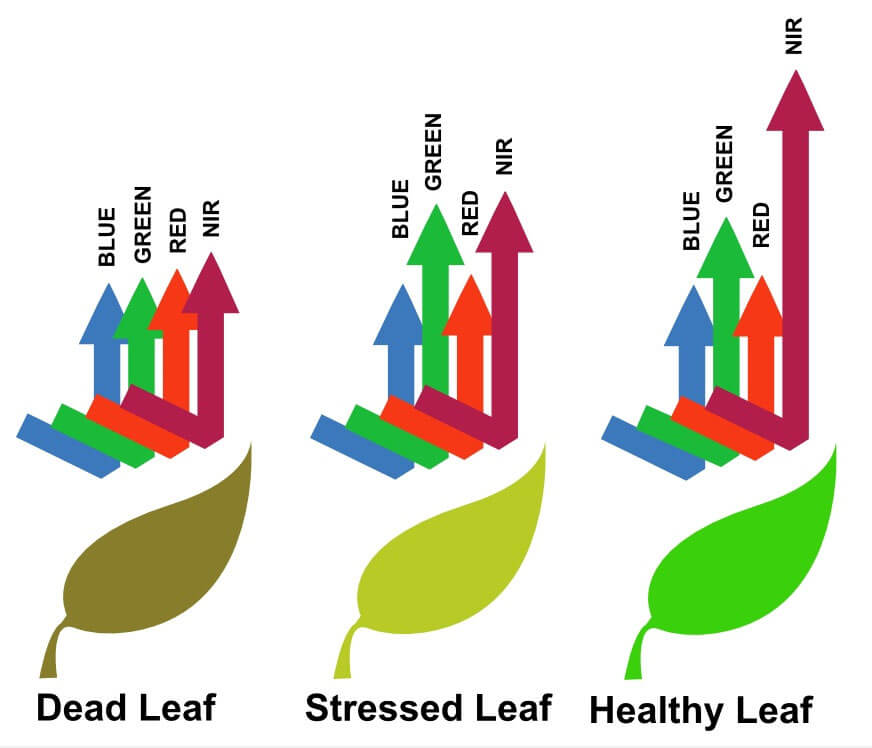